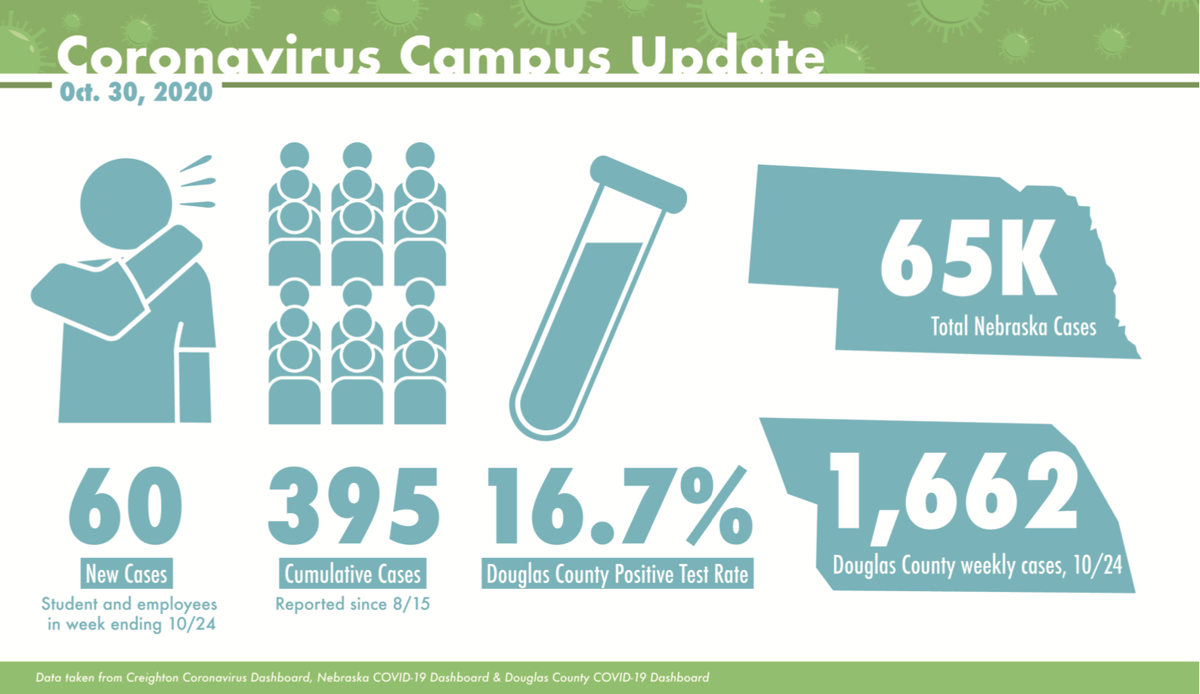 The week of Oct. 19 was the first week the risk dial, updated each Monday, made it to its highest level. Creighton’s total of 57 student cases and three employee cases was the second highest total reported since the fall semester began in August and brought the total number of cases for the semester to 395.

The county reported a positive test rate of 16.7% for that week.

The risk dial, according to the Douglas County Health Department website, is a measure of eight county indicators: overall test rate, weekly test rate, percent change in the number of cases for the week, average weekly number of hospitalized COVID-19 patients, cases per million based on a seven-day rolling average, percent of cases classifies as community spread, testing availability and weekly percent of contacts to con- firmed cases that are notified within 24 hours.

Traditional trick-or-treating and crowded indoor gatherings are considered high-risk Halloween activities by the Douglas County Health Department and the Centers for Disease Control and Prevention.

This method of socially distanced trick-or-treating is considered a moderate-risk activity, according to the county Halloween guidance.

About 90 of the 167 campus quarantine and isolation spaces are in use, leaving 46% of spaces available.