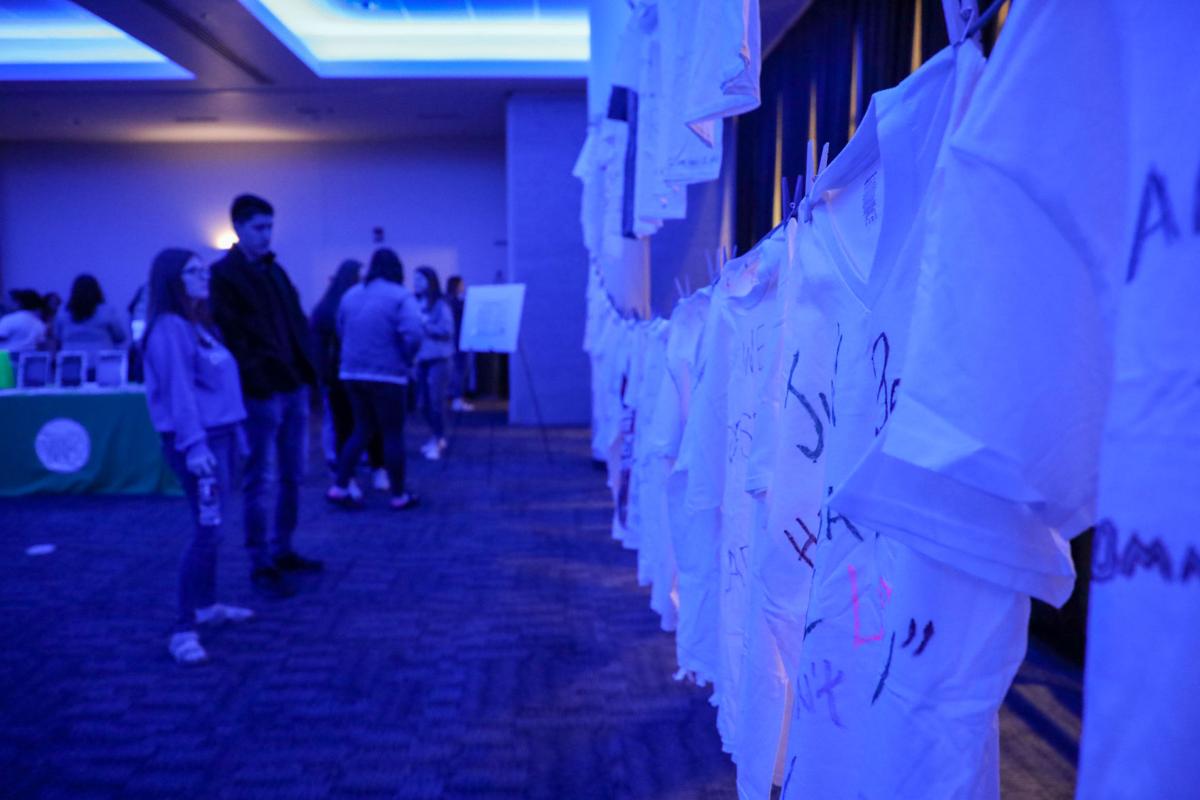 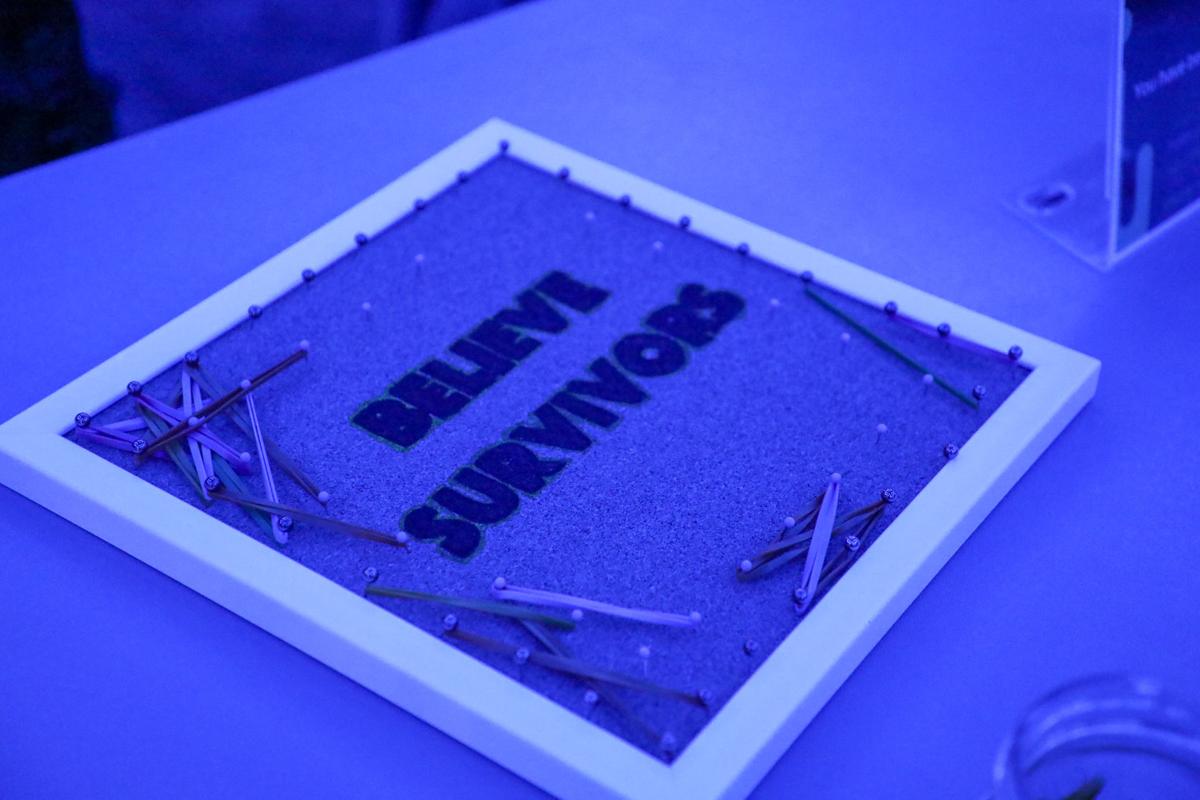 Survivors and allies united in solidarity against power-based violence for Creighton’s fifth annual Take Back the Night, a survivor-centered rally hosted by the Violence Intervention and Prevention (VIP) Center.

Over 600 people gathered in the Skutt Ballroom on April 11 to support the Title IX-protected event. Many wore denim and VIP Center buttons to signify believing survivors.

During Take Back the Night, survivors in the Creighton and Omaha community publicly shared their testimonies of sexual assault, stalking and domestic violence.

Meredith Lierk, associate director of the VIP Center, explained that the open mic portion of the event is meant to empower survivors to speak their truth and bear witness to the resiliency of the human spirit.

“It is about reclaiming our power, our bodies, our choice, our stories,” she said.

The event also educated students, faculty and staff on the prevalence of violence in the university’s community and encouraged attendees to actively speak out against rape culture and victim blaming.

In addition, the rally featured Jess Davidson, the interim executive director of End Rape on Campus (EROC) and a national leader of the Its on Us campaign, as its keynote speaker. A survivor herself, Davidson spoke about the need for allies to take a more active role in the fight against power-based violence.

“Don’t wait for survivors,” she said. “We should make room for survivors, but it should never be only up to survivors. We have to fight together.”

Davidson also challenged the event’s attendees to move the conversation about power-based violence forward in their communities and question how institutional policies affect survivors.

“We need to ask ourselves what we can do together so that survivors don’t need to take on additional burdens to prevent future violence,” she said.

This year’s national theme for Take Back the Night was “Start By Believing.” Lizzie Hudson, a senior in the College of Arts and Sciences and the Take Back the Night Intern for the VIP Center, explained the importance of fostering support for survivors by believing survivors.

“Many survivors stay silent due to fear of not being believed or being shamed,” Hudson said. “We want survivors to know that there are people who are here for them, support them and believe them.”

According to the Rape, Abuse & Incest National Network, on average only three out of four sexual assaults are reported to the police.

“By believing we cultivate safe spaces where survivors can come to voice and begin healing in a supportive community,” Lierk said.

Davidson argued that making an active effort to believe survivors also alleviates “the walls of isolation that are so common for survivors of violence.”

Annual night empowers the services on this that used to survive among the domestics violence that was good to get. I need to get some more data on this so I read essay have review this was share by the other users that were also known as the member of the article to having formation on it.

Sorry, there are no recent results for popular articles.