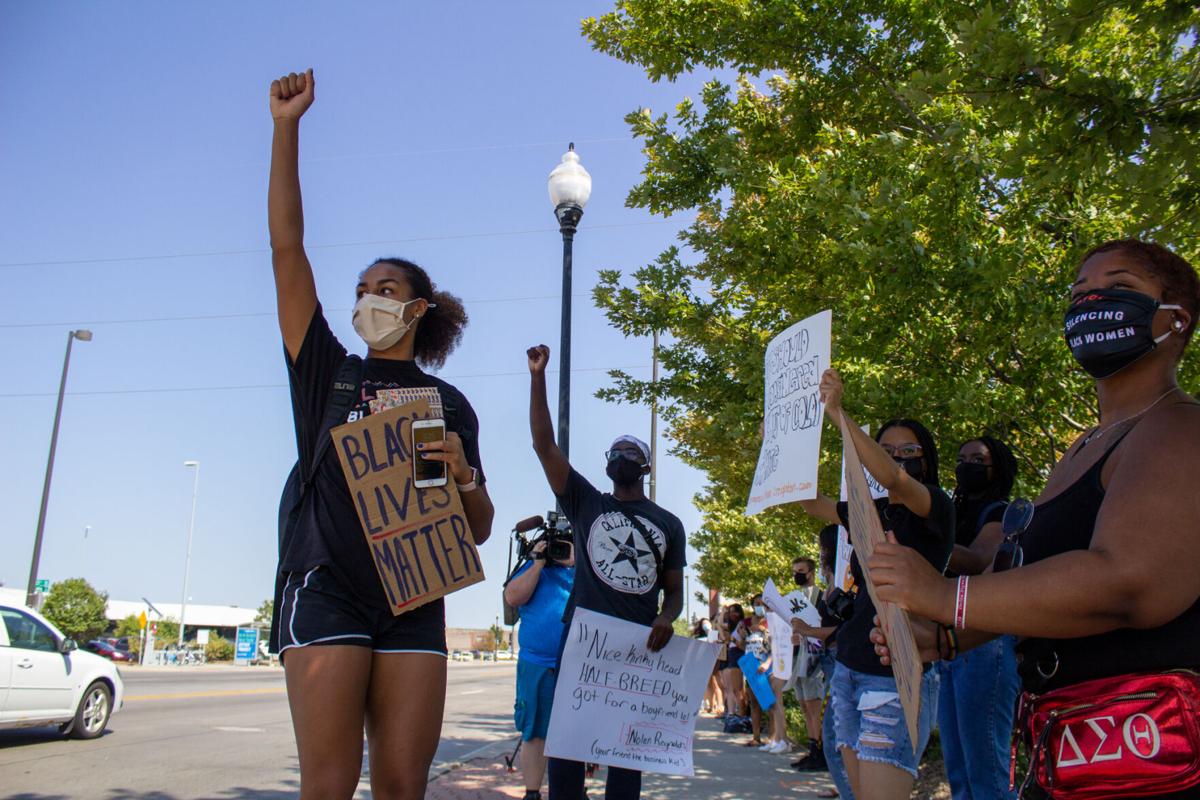 Students gather at 24th and Cuming streets for a protest on Aug. 27 to show support for students of color. Some students carried signs that quoted racist statements they have heard on campus. 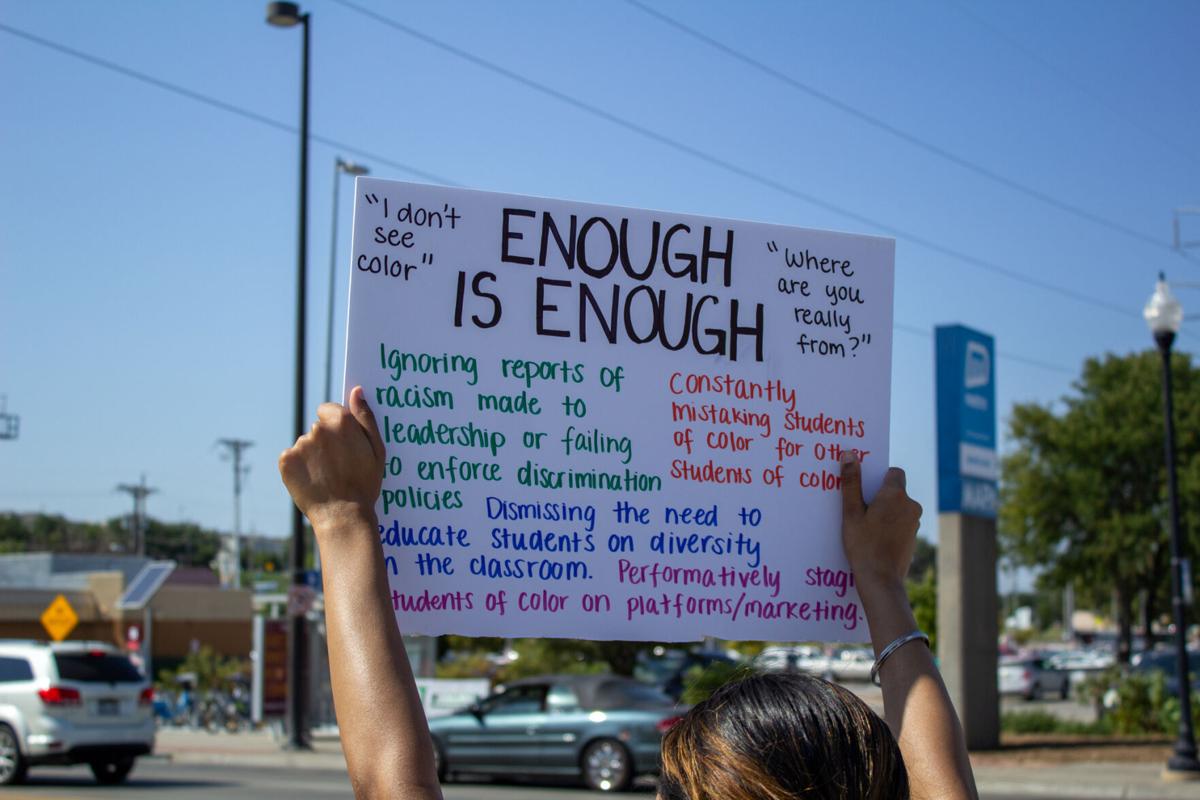 Students express their concerns on signs held high for all to see.

Students gather at 24th and Cuming streets for a protest on Aug. 27 to show support for students of color. Some students carried signs that quoted racist statements they have heard on campus.

Students express their concerns on signs held high for all to see.

Students organized a demonstration titled “Enough is Enough” on Aug. 27 to show support for Creighton community members of color. The crowd gathered at 24th and Cuming streets, where they wore masks, practiced social distancing and expressed their concerns regarding racial injustice happening on campus.

Many students held signs that quoted racist statements they have heard directed at themselves or others within the Creighton community. One student carried a sign that read “dirty immigrant.” Another student’s sign quoted a derogatory message sent on Instagram from a Heider College of Business student.

The university was informed of the racist remark made by the student and released an email statement on Aug. 26 from the Rev. Daniel S. Hendrickson, SJ; Tanya Winegard, Vice Provost for Student Life; and Chris Witt, Vice Provost for Institutional Diversity and Inclusion.

The statement reaffirmed the university’s stance that racist behavior will not be tolerated and is a violation of its mission and values. It also stated that incidents such as this are to be thoroughly investigated by the Office of Equity and Inclusion, which “follows established protocols and due processes in gathering evidence and interviewing all involved parties.”

Since the release of the statement on Aug. 26, no further information has been shared regarding the incident, and the email reiterates that the university will not disclose the contents of an internal investigation or release the outcome of such an investigation because of federal privacy laws governing student records.

Some students at the demonstration said that they have been consistently disappointed with efforts made by the administration to combat racial injustice.

John Harris, a junior in the College of Arts and Sciences, attended the protest and said that it was good to see the community come together and stand up to the administration.

“As a collective, we must show that [administration] needs to do better, and the protest is a great starting point, but there’s still more to be done,” Harris said.

College of Arts and Sciences sophomore Noah Ford was also present at the demonstration, and he said that it is the responsibility of students, as well as administrators, to bring a voice to justice.

“Creighton may be predominantly white, but it’s important to show visibly that while we’re just abysmal in diversity, we stand as a specifically anti-racist group and will no longer tolerate so many transgressions on campus,” Ford said.

Hendrickson was present at the demonstration, and he has continued to reinforce that the university has zero tolerance for racism, and in accordance with the Jesuit and Catholic tradition, Creighton is called to do more.

"We have bigger strides to take, and much more work to do. There will be difficult conversations, but Creighton University will be a forum for respectful and open dialogue," Hendrickson said.

Highly support these students in this protest. This racial discrimination must be eradicated at a level. As they have so much content to read and share with us. I will be a part of this protest and will support black lives but students can visit at https://www.rushessay.com/case_study.php to get case study help. These lives are equally important as white lives. So be with them and support them fully.