Skip to main content
You have permission to edit this article.
Edit
Home
News
Opinion
Scene
Sports
Print Edition
1 of 2 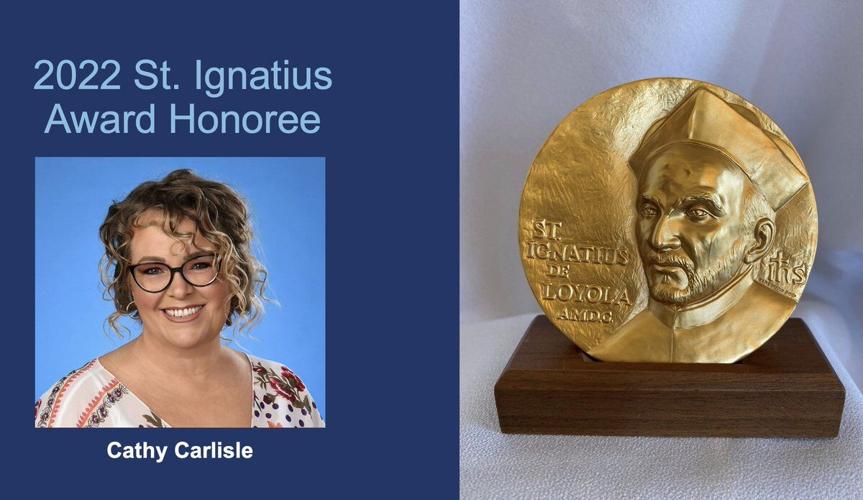 Cathy Carlisle, Program Manager in the School of Medicine at the Pheonix Health Sciences Campus was honored with the St. Ignatius Award, September 1. 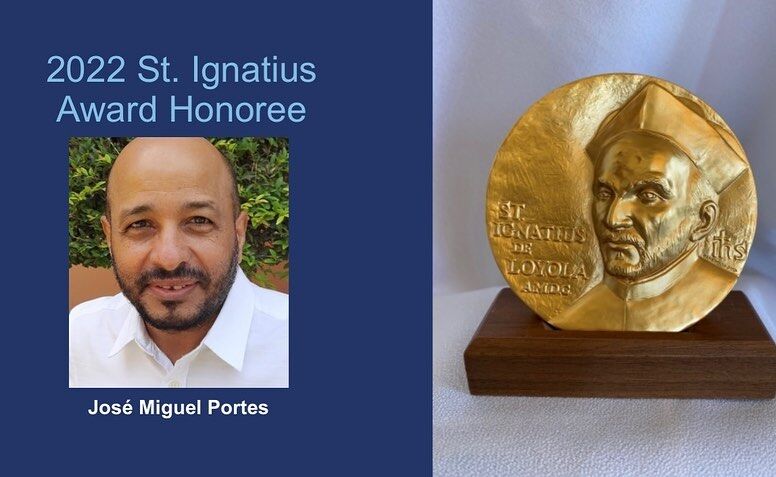 ReporterJose Miguel Portes, Administrative Director of the ILAC mission in the Domincan Republic was honored with the St. Ignatius Award, September 1.

Cathy Carlisle, Program Manager in the School of Medicine at the Pheonix Health Sciences Campus was honored with the St. Ignatius Award, September 1.

ReporterJose Miguel Portes, Administrative Director of the ILAC mission in the Domincan Republic was honored with the St. Ignatius Award, September 1.

Creighton’s Mission week ended Thursday, Sept. 1 with a final presentation on hope, given by the Rev. Sam Sawyer, SJ, and a presentation of the St. Ignatius awards.

The St. Ignatius award is awarded to a Creighton staff or faculty member who shows the true spirit of St. Ignatius’s values each day and who values his ideals.

The recipients this year were named Cathy Carlisle, Program manager in the school of medicine at the Phoenix Health Sciences campus, and Jose Miguel, Administrative Director of the Institute for Latin American Concern (ILAC) mission in the Dominican Republic.

These two individuals were met with kind words and uplifting comments from Fr. Greg Carlson, and associate director for the Deglman Center for Ignatian Spirituality.

Carlson spoke to how, despite the distance, the two honorees are living out Creighton’s values each day.

He mentioned how Carlisle helps push Creighton’s spirit, “when something new like Creighton’s Phoenix Health Sciences campus is established, it is easy to wonder if and how the traditional Creighton spirit will animate it,” Carlson said. “The spirit is alive and well as staff and faculty experiencing that spirit attest.”

He also spoke to how, “the spirit of St. Ignatius lives in the ILAC mission in the Dominican Republic because like St. Ignatius, ILAC’s people serve those on the margins by working for integral human development,” said Carlson. “Jose is in a constant struggle for the growth of the ILAC mission spiritually and in all the programs that surround it.”

The two honorees could be present at the event but joined via livestream and will be presented in Phoenix on Sept. 7 at the Mass of the Holy Spirit.

Lastly, the event concluded with a speech on hope from the Rev. Sam Sawyer, SJ, fifteenth Editor in Chief of America magazine. The speech outlined what hope is and is not, why it’s a risk and finally shared hope.

“Hope regards the good […] hope is aimed at the future, Aquinas also says hope regards what arduous and diffi cult,” said Sawyer. Sawyer started his speech with a sentiment to working towards a goal and something good to want.

As a journalist, Sawyer touched on the role of social media in his speech, “our modern media systems, especially social media, contribute deeply to polarization. The algorithms that run them are outrage machines.” Sawyer’s insight in media analysis said there is never quite enough anger though.

Therefore, the speech concluded on a note of send forth, “somewhere in each of our lives […] God says to us go and do something bold and generous and brave and hopeful.”

Sawyer begins his new role as Editor in Chief of America magazine and media, a Jesuit review of faith and culture, in December. Sawyer also co-founded the Jesuit Post in 2012.