You have permission to edit this article.
Edit
Home
News
Opinion
Scene
Sports
Print Edition
1 of 2 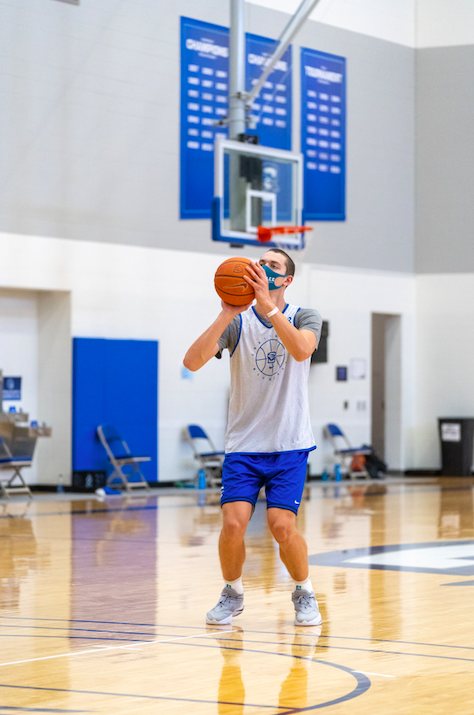 Ryan Kalkbrenner, a freshman out of St. Louis area joins the Bluejays as a 7-foot center and a top recruit. 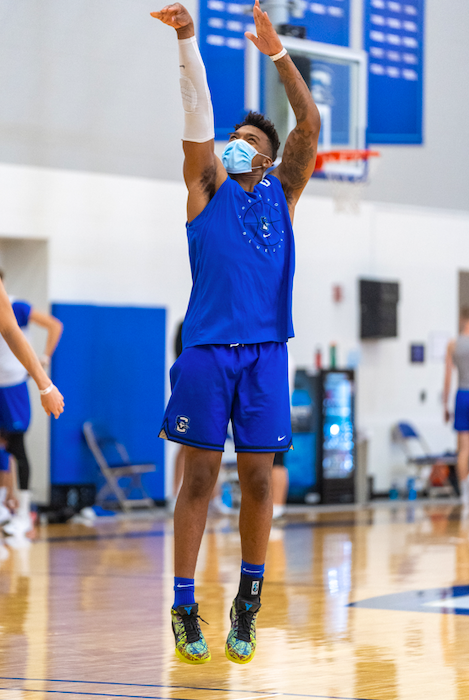 Sophomore guard Antwann Jones takes a jump shot in the team’s first official practice last week. Jones is a transfer from Memphis and joins the lineup after sitting out last season to fulfill his transfer year.

Ryan Kalkbrenner, a freshman out of St. Louis area joins the Bluejays as a 7-foot center and a top recruit.

Sophomore guard Antwann Jones takes a jump shot in the team’s first official practice last week. Jones is a transfer from Memphis and joins the lineup after sitting out last season to fulfill his transfer year.

Creighton men’s basketball walked to the locker room halfway through the first game of the Big East Tournament in mid-March, and the Bluejays have been awaiting the end of halftime ever since.

Having no clue the abrupt break would last months, the team is finally seeing a return to the court.

For some players, the tournament was their last time playing as a Bluejay, but the team will be back with some new additions that make coach Greg McDermott excited for this upcoming year.

The first addition, sophomore guard Antwann Jones, was part of that bizarre halftime scene last year, watching from the bench as he sat out the season to fulfill NCAA transfer rules.

“Antwann is a very good fit for our program. He is strong, athletic and can do a lot of things with the ball,” McDermott said.

After averaging 4.7 points per game for Memphis in 2018, Jones, affectionately nicknamed “Twondo-Rondo” by his teammates, transferred to Creighton after his freshman year.

His role last year was to run the scout team in practice, a role that helped him grow his game.

“It really helped me develop new aspects of my game and get comfortable with the guys,” Jones said.

But not all the new additions for this year’s team had that luxury.

Ryan Kalkbrenner, freshman center and 7-footer from the suburbs of St. Louis, joined the Bluejays as the team tries to navigate the world of COVID-19 restrictions while preparing for the upcoming season.

“We have only been practicing in small groups until [Sept. 21],” Kalkbrenner said.

This has made it tough for Kalkbrenner to adjust to collegiate basketball and get his footing underneath him, but McDermott didn’t express much worry.

“Ryan is a very skilled 7-footer with a very bright future. He moves really well for a big man and can block shots at a very high rate,” McDermott said of his newest big man.

“Rati and Modestas have really impressed me,” McDermott said. “Although limited by quarantine, I have really liked what I have seen so far.”

These new additions will add to a Creighton lineup returning four of its starters, something that has Jones thinking big.

“We no doubt want to make the NCAA Tournament and compete past that first weekend, making it to a Sweet 16 and even further,” Jones said.

Kalkbrenner was a bit more basic in what he was looking forward to for his first year.

“I just want to play games,” he said.